Serving our communities with care and compassion since 1908

More than 100 years ago, Thomas J. Kearney established Kearney Funeral Services as a family business with a foundational mission of caring for those suffering a loss while adhering to the highest ethical standards of the profession. This professional and compassionate legacy has endured as our business has grown over the years.

Thomas James Kearney began coming to Vancouver in 1905. He was still operating his General Store in Bonanza Creek during the Klondike Gold Rush, but on a visit to Vancouver Tom fell in love with a lovely young local girl by the name of Catherine O’Connor. Although a professional Opera singer by trade, Catherine also helped her mother Brigit O’Connor lay out the deceased when a death occurred in their parish.

Tom thought he’d get close to Catherine if he started working with the funeral directors, and shortly after when an opportunity came to invest in the funeral home Green Simon & Lamp Co., Thomas took it. The struggling business needed more and more help and ultimately Tom moved to Vancouver to work there full time. He soon bought out the partners, becoming the sole owner in 1908.

In 1911, Thomas ordered the first motorized ambulances in Canada, from the Gardner Motor Works Company. Unfortunately however, his name was crossed out on the two order forms and the name Toronto Hospital was written over his. Tom received the first set of motorized ambulances delivered to Western Canada, a pair of handsome Pierce Arrows, reachable by dialing Fairmont 3.

Thomas’s perseverance paid off; he and Catherine were married July 16, 1915 and had three children Ellen, Edmund and Francis (Frank) Kearney. In 1927, Thomas was asked and agreed to become a partner in a second funeral company, the Columbia Funeral Chapel in New Westminster, B.C. 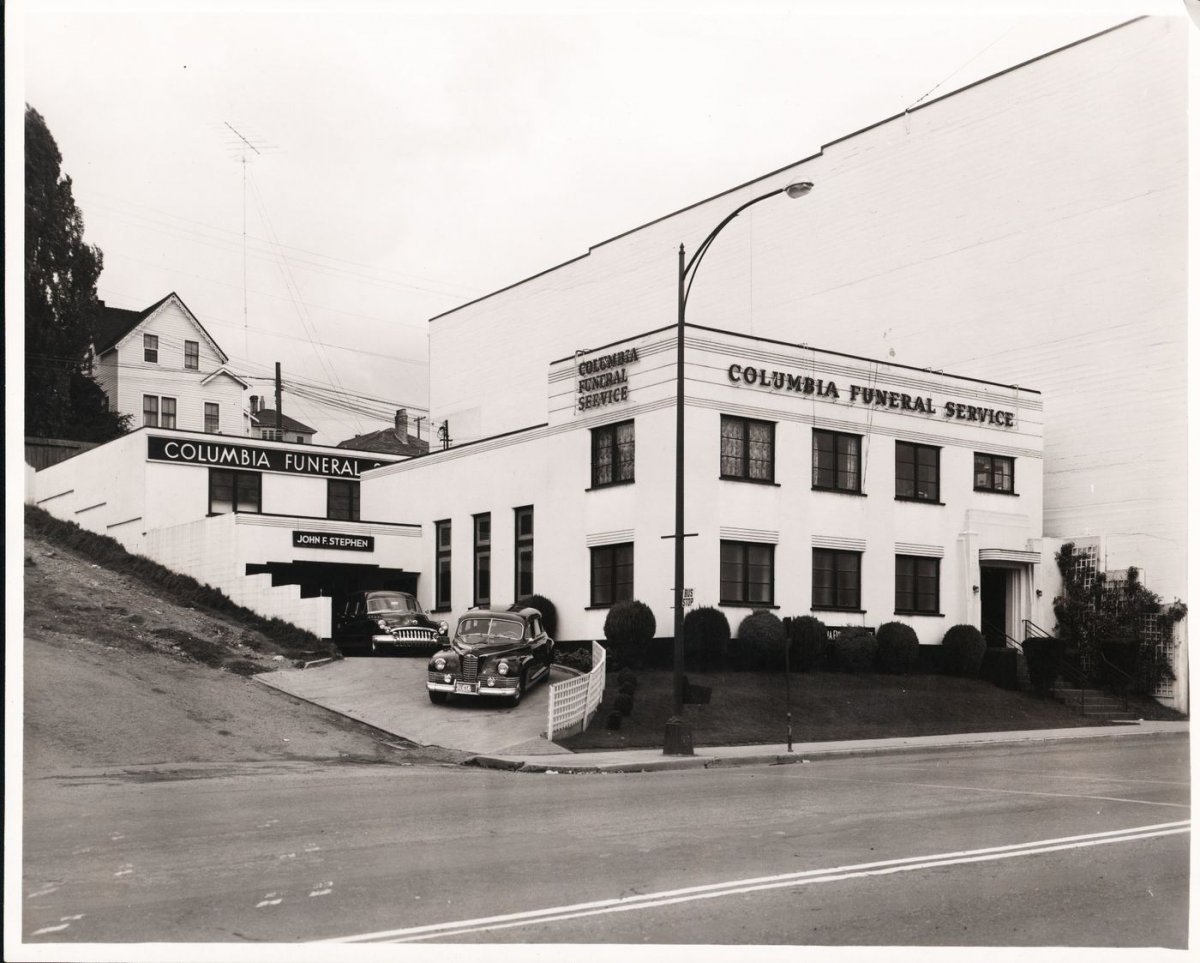 Tom ran the businesses successfully until an unfortunate fall forced him to retire in 1932. In the thirties times were hard and eventually the family lost both the New Westminster and the Broadway properties. Broadway was purchased from the bank by Thomas Chapman who opened Chapman Funeral Directors at 802 W. Broadway, and John Norman took over Columbia Chapel. This left the Kearney family with a phone number, but neither facility.

Young Frank left college and returned home to help rebuild the family business. His sister Ellen headed south to the California College of Mortuary Science where she and her dear friend Ruth Emerson became the first women ever to be licensed as funeral directors in California.

Unfortunately, due to complications from his fall Thomas passed away in 1942. The Kearneys continued to serve families working through another close by funeral home, using their men and vehicles to assist with services until 1944 when the family was able to purchase a property at 8055 Hudson St. in Marpole. The Kearney family were able to purchase another building a decade later on Broadway, in 1954, and ran both the Broadway and Hudson St. locations until 1968, when Hudson street was sold.

Frank Kearney died suddenly of an asthma attack in 1975, leaving his sister Ellen (Kearney) Crean and her two sons, Thomas and Michael to continue the family business.

In 1979 they repurchased Columbia Chapel, and in 1991 purchased S. Bowell and Sons from the Loewen Group Inc. In fact S. Bowell had been Loewen’s head office. 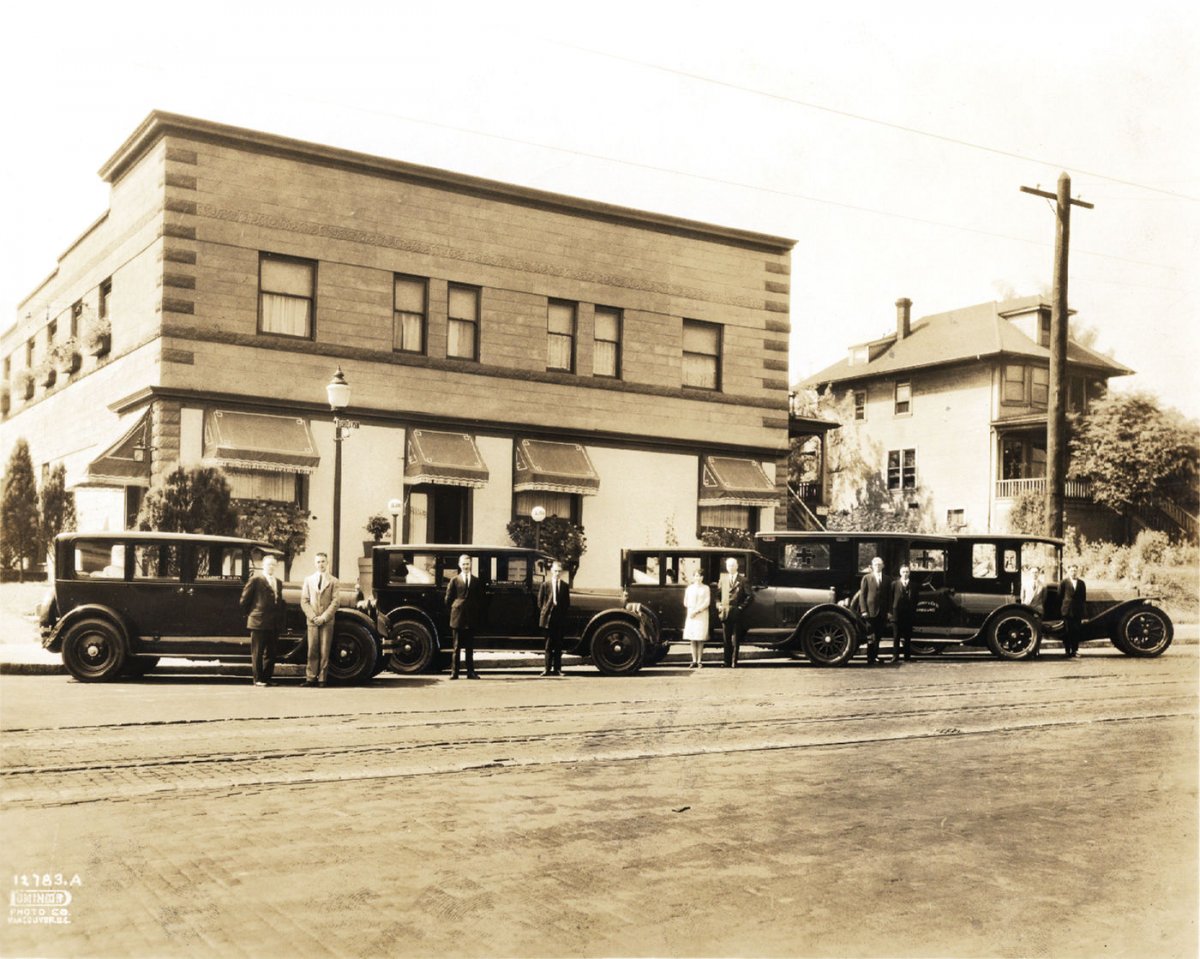 Four of Tom Kearney’s eight great- grandchildren have now begun to work for the family business, beginning its fourth generation of serving the families of Greater Vancouver at their times of need.

At Kearney Funeral Services, we take pride in the level of service and care that we provide. No matter your need, we can help you at every step.